During half-term my son and I headed out on a dreary Scottish Wednesday morning for See Your City’s Harry Potter walking tour of Edinburgh. Our genial hostess, Monique, was a diehard Harry Potter fan and showed up complete with her Hufflepuff backpack and numerous badges as well as the sorting hat to put us into “houses” in preparation for the trivia quiz throughout the tour. 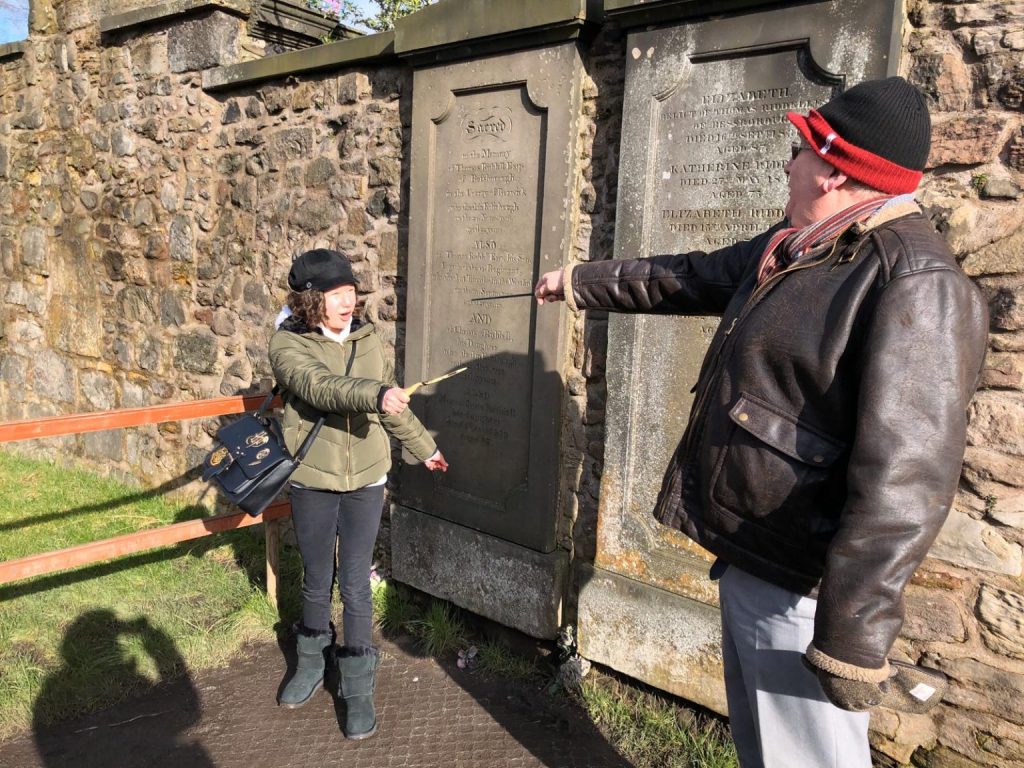 Our first port of call was Greyfriars Kirkyard, which is an absolute throwback in time. It has so much character and history, that even a wet, windy Scottish day could not deter from what it has to offer. For the Potter fanatics, there is insight into where the inspiration for a number of the books’ characters such as Tom Riddell, McGonagle, Mad Eye Moody, came from, whilst Burke and Hare enjoy some infamy too, having frequently robbed bodies from Greyfriars. Don’t forget your camera! 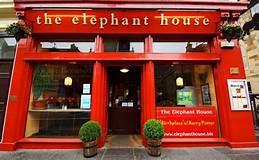 The tour progressed to Edinburgh University’s grounds and on to the Elephant Cafe and the Spoon Cafe, where Rowling is reported to have done a lot of her writing. There was no time to sample the cakes, but Monique was very complimentary of the Spoon Cafe and their wares should you want to soak up the atmosphere on another occasion. Apparently you can sit at JK Rowling’s table if you ask the staff.

Next, onto the Grassmarket to hear the story of Maggie Dickson and pose for the best selfies in Edinburgh. Monique kept everyone engaged throughout with the ultimate Harry Potter trivia. 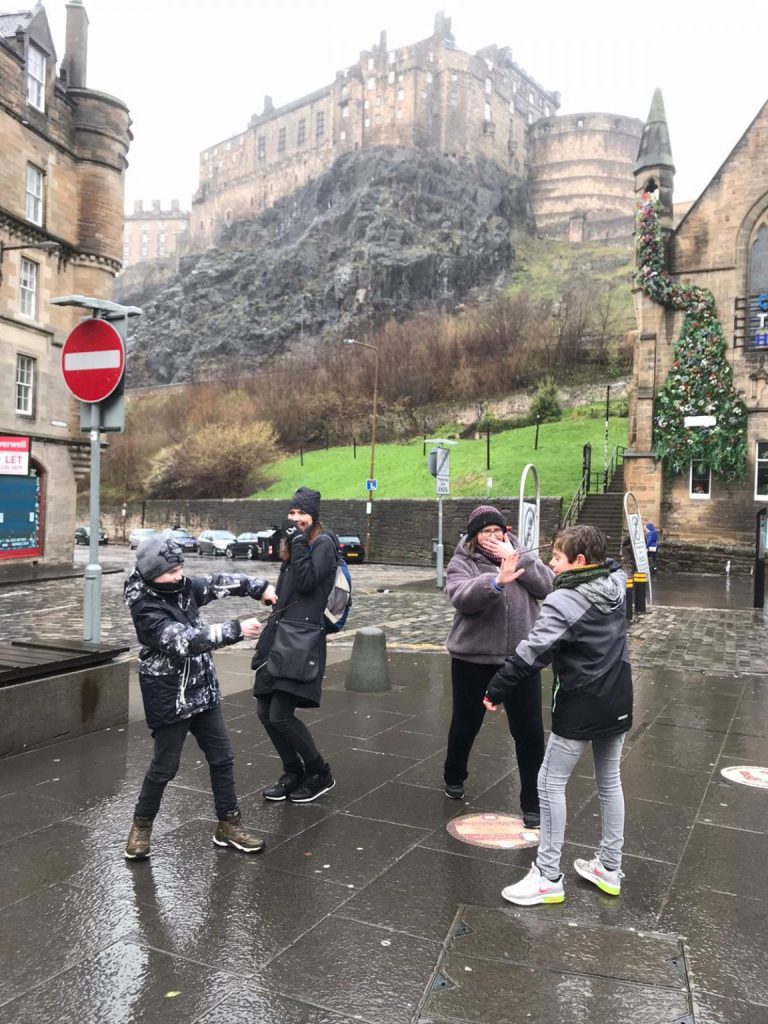 We finished up at the City Chambers with a quick fire quiz to bump up the points awarded throughout the tour and to find that the mighty Gryffindor had won the cup, no surprise there.

Even though none of the films were filmed in Edinburgh, anyone familiar with the city (and those who go on this fabulous tour) will undoubtedly feel Edinburgh’s influence on both the writing and in the films. It is as if the entire series could not have been concocted, like a spell, anywhere else. Edinburgh is home to Harry Potter.

The tour is suitable and enjoyable for even the most reluctant of muggles, and a must for Harry Potter fans. Those with limited mobility should seek advice on whether it is suitable for them.

Tickets are priced at £15 per adult, £12 per child. Magically, we have negotiated a 5% discount for our followers. Please book here using the code EVERGREEN5 to get your 5% off.